WiFi and the electronic devices that connect to it, such as cellphones, laptops, and wireless headphones, are all around us. So far, there is no consistent evidence that WiFi routers or WiFi-powered devices increase cancer risk.

WiFi uses radio waves to provide network connectivity. Devices that use WiFi have a wireless adapter that translates data sent into a radio signal. This signal is then transmitted to a decoder, known as the router. WiFi operates in similar frequencies as microwaves and cellphones, in the 2 to 5 GHz range.

How does WiFi work?

The concern around WiFi and routers causing cancer is due to the emission of these EMFs. These are invisible areas of energy that are produced by electricity and are often referred to as radiation. There are two types of EMFs: ionizing and non-ionizing. Ionizing radiation is “high-level radiation, which is has the potential for cellular and DNA damage.” Some forms of this type of EMF include ultraviolet (UV) rays and X-rays.

Non-ionizing EMF is low-level radiation which is generally viewed as harmless. Routers and electronic devices, such as cellphones, computers and laptops, and Bluetooth devices (such as wireless headphones) emit this type of radiation. The main concern regarding this type of EMF is although it is low-frequency, electronic devices are all around us, and always on.

When it comes to wireless routers, it is often assumed that they are always sending and receiving information, but these devices transmit just 0.1% of the time.

Does WiFi impact my health?

When your WiFi router transmits data, it emits EMFs that the body can absorb. The greater the distance you put between yourself and your router, the less radiation your body encounters.

The amount of radiation absorbed from a wireless router is minor compared to the EMFs transmitted from taking a call on a cellphone. Your cellphone exposes the area of the body to which it is held (the ear or head) to the energy given from EMFs and other factors. Although there is direct exposure to the skin, non-ionizing radiation can’t damage DNA or cells directly, like ionizing radiation can.

So far, there is no consistent evidence that WiFi routers or WiFi-powered devices increase cancer risk. Despite low-frequency EMFs being classified as possibly carcinogenic, researchers have not observed a direct connection between these devices and cancer. The best way to protect yourself from radiation emissions from routers and electronic devices is to minimize exposure.

What is Bone Marrow Failure and How is it Treated? 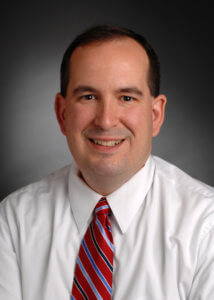 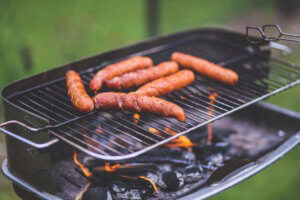 Does Burnt Food Cause Cancer?

How Can I Tell the Difference Between Irritable Bowel Syndrome and Colorectal Cancer?